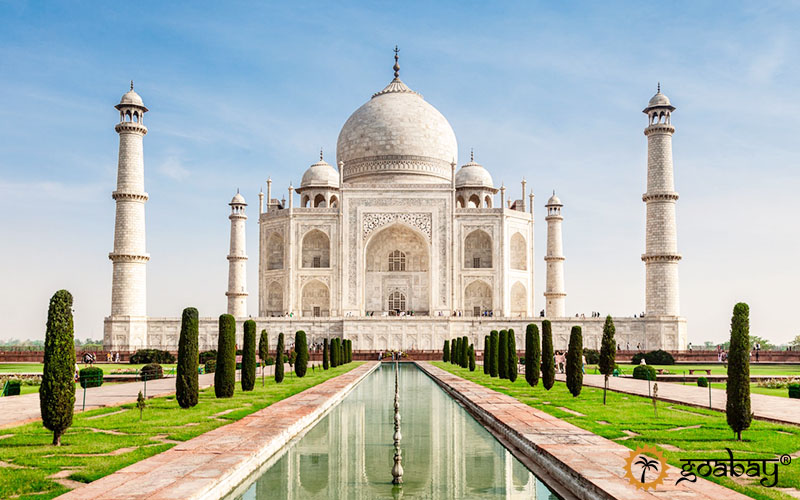 Taj Mahal – the certificate of power of a great people. From the first days of the ancient Indian civilization created all new samples of material culture. This – came from time immemorial the mute but expressive witnesses to the mighty talent and amazing hard work of many generations of Indians. Some of the monuments have not reached us, were destroyed during the turbulent and complex history of the country. Well preserved ones, the creation of which is separated from us for millennia and centuries. The Indian people carefully preserves and reveres a pearl of architecture and art – creations of architects and artists of the past.

Today, both adults and children, when the name of India is mentioned talk about the Taj – Mahal. What preceded the construction of this architectural creation?

In the early 17th century master of Shah Jahan brought enormous wealth. People subjected to ruthless exploitation, millions of people starved to death, and the Shah was building more and more new palaces, marvel at the incredible luxury. He spent time in the yard of feasting and fun.

In 1630, died a beautiful Mumtaz Mahal, beloved wife of Shah Jahan. Tradition says that, dying, Mumtaz Mahal asked her husband to fulfill its three desires: to marry after her death, to take care of the children (who, despite his young queen, had 14) and be built in her honor palace mausoleum, the likes of which has not been in the world. Shah Jahan fulfilled all requests of his deceased wife. On his orders in Agra gathered architects, stonemasons and artists from India, Turkey, Persia, Italy. Twenty thousand people over 20 years built the tomb, which today has no equal in beauty and perfection of form.