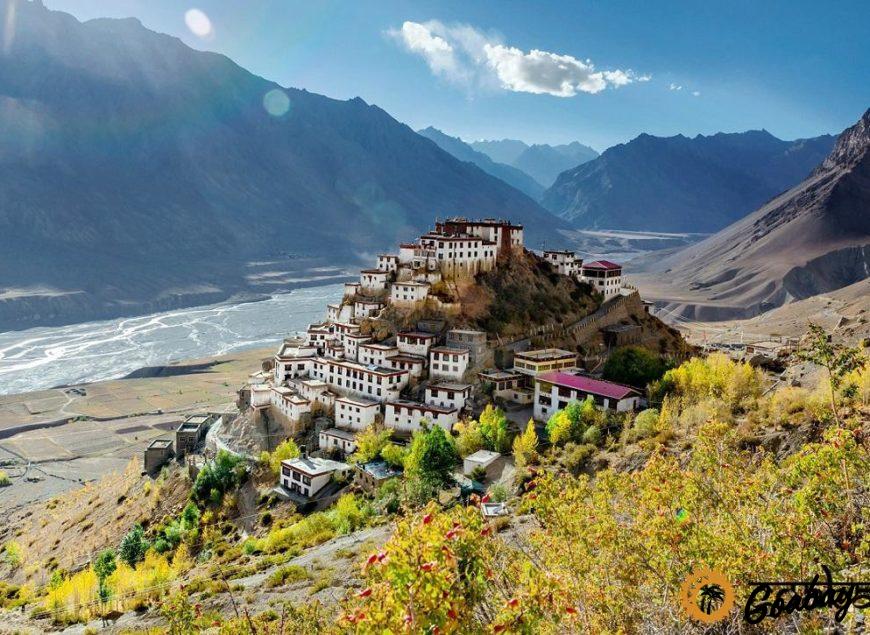 May is the hottest and most debilitating month in India. The air becomes hot on the eve of the rainy season, the sun burns out vegetation. A room with air conditioning or at least a shadow is the only salvation. Or not? Why not hide from the merciless heat in the north of India in the incredible beauty of the state of Himachal Pradesh!

“Country of snow mountains” – this is how the name of the state is translated. It is located in the west part of the majestic Himalayas. Glaciers and snow feed a dozen large and small rivers. Coniferous forests, tropical jungles, lush meadows that can be compared to alpine, apple orchards – all this is the green riches of the region. Spring flowering of rhododendrons, fruit trees and thousands of species of flowers is an unforgettable sight.  A gentle summer begins from mid-April. The air can warm up to 32 degrees, but the heat is transported more easily near crystal-clear rivers and lakes or in the half-dark of ancient forests. The harsh winter comes in early December and reigns until March. White covers are as exotic for people in central India as an elephant is for us on the street. But the local inhabitants are no longer the first thousand years happily living in this magical place.

The unique nature attracts researchers, photographers and travelers from all over the world. Here you can find leopards and snow leopards, deer, a huge number of birds. The authorities of the country and the state make a lot of effort to save rare species. There are about 12 national parks.

From primitive times this territory was inhabited by small tribes, which were united under the rule of major rulers, including the Mughal, and then again split into small principalities. During the British colonization of India some of the Himalayan rulers put up fierce resistance, but in the end the territory was subordinated to foreigners. In turn, this had a positive effect on the development of agriculture and industry in the region. The fruits of European influence are still used after independence by India. In late January 1971 the state of Himachal-Pradesh was finally formed and became part of the republic.

At the moment, about 7 million people live in the state. Most of them are Hinduism (95%), Sikhs and Buddhists in much smaller numbers. In addition to Hindi and English you can hear 12 more languages ​​of different nationalities and dialects.

The inhabitants of Himachal-Pradesh are very hardworking. Most of the population is engaged in agriculture. Grow wheat, rice, maize, vegetables and fruits. In recent years the bet has been also made on the export of flowers. A significant source of jobs and income was the production of hydroelectric power. It is gratifying that the attention of tourists stimulates the development of folk crafts. Incredibly warm yak wool clothes, pashminas and cashmere scarves, carved wooden souvenirs and silver jewelry with traditional ornaments – all this is amazing, connecting the modern world with ancient traditions and secrets. In general, the state can be called quite rich: the per capita income is one of the highest in the country. Also Himachal-Pradesh in the top five with the highest level of educated population. 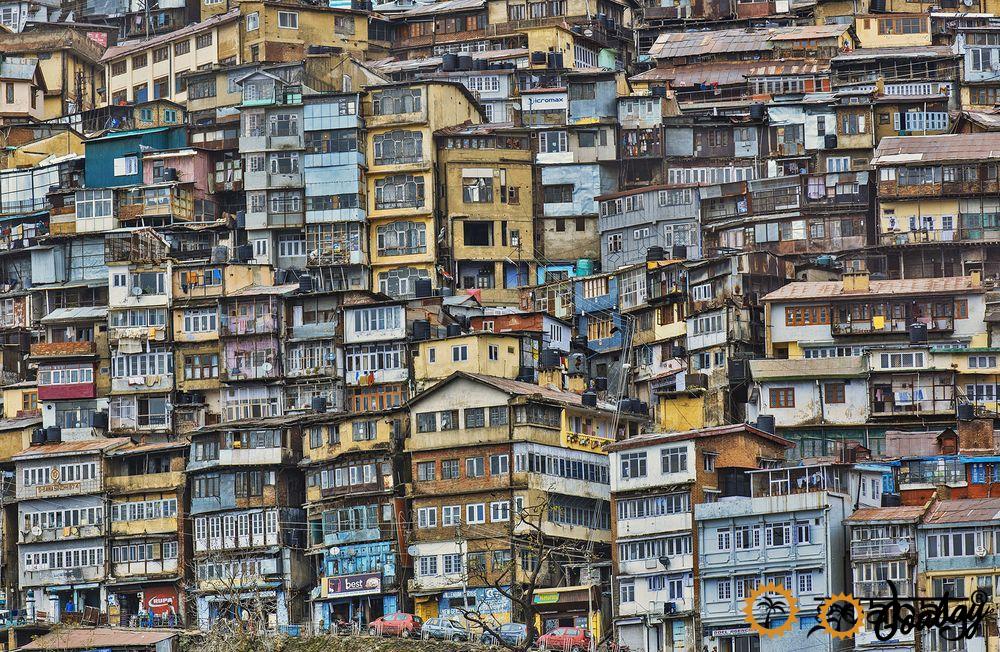 All the delights of the mountainous area: clean air, coolness, plenty of greenery – were appreciated by the British colonialists, who moved the capital to Shimla for the summer. Here the Europeans fled from the heat, simultaneously making a change in the traditional way of life, architecture and traditions. Modern Shimla is a unique blend of a typical English town with Catholic churches, squares, cafes and a many-sided North Indian village with Hindu temples and aromas of spices. Shimla can be a great transit point on your itinerary. 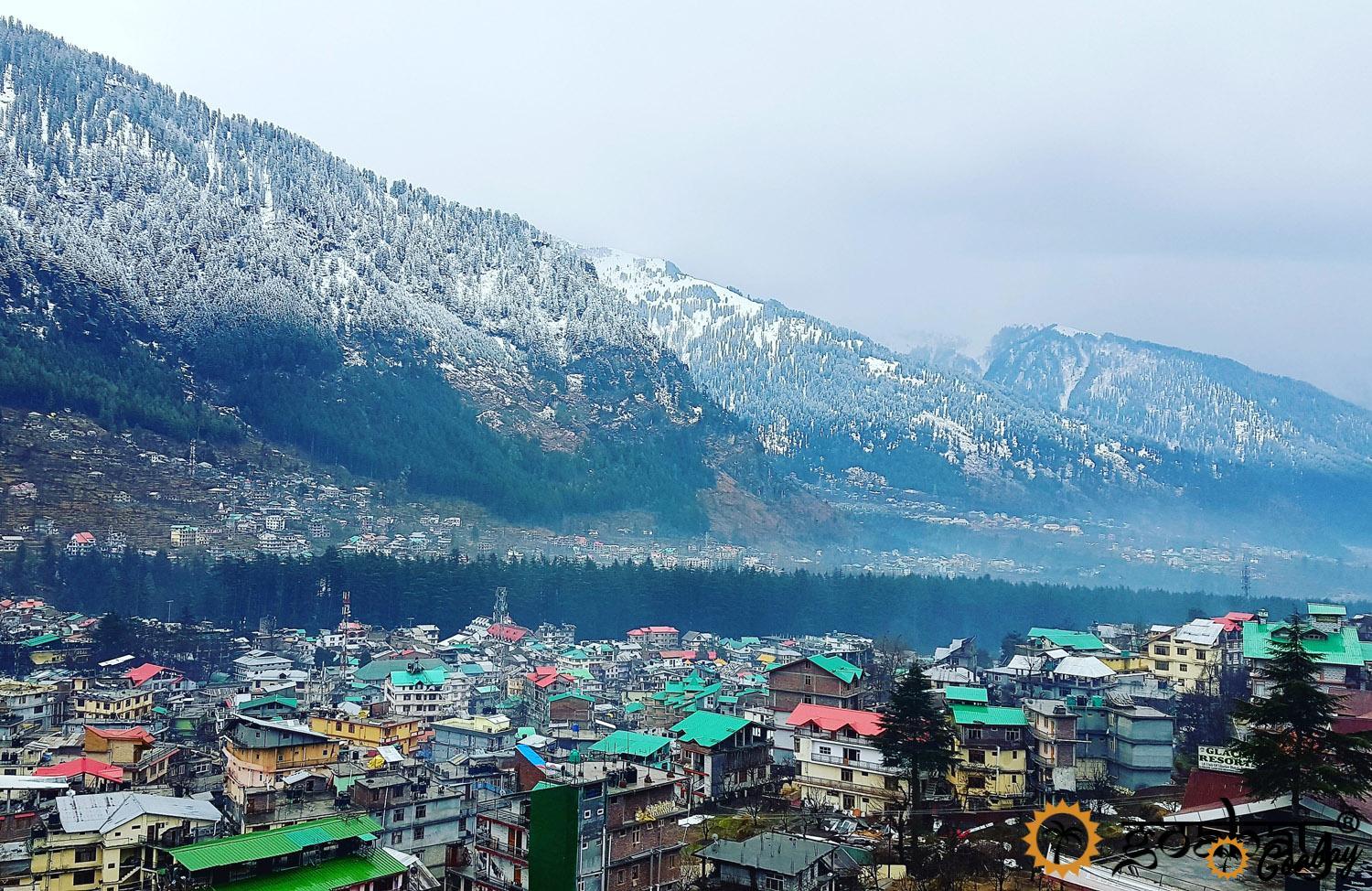 Then you can go to the charming city of Manali, which is divided into the old one – with the atmospheric temple of Hadimba (1550 year) in the middle of the man-made forest park – and a new part. Lovers of leisure in Goa shouldn’t be surprised by the familiar names of restaurants – many of them have twin brothers, taking up the baton here during Rain Season. Manali’s very welcoming atmosphere is conducive to long walks in the surroundings, the sight of which takes your breath away. You can plunge into the world of extreme sports, rafting down the river or going to the track. And in the evening it is cozy to get a cup of herbal tea in a cafe with live music. With the advent of heat many of the creative personalities of Goa and hippies from Europe and America move here. 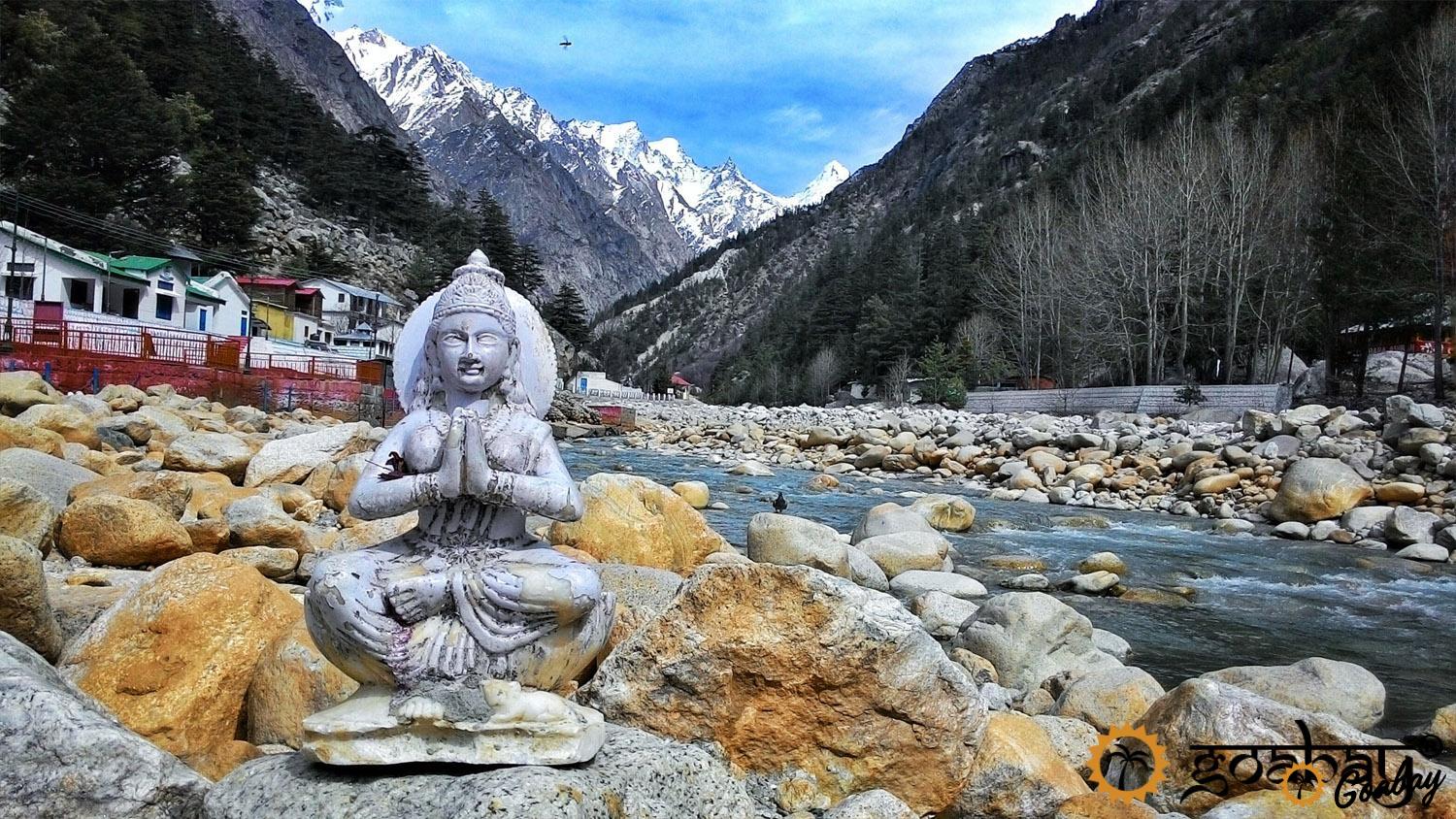 You should definitely look into the nearby Vashisht. The town is immersed in a state of peace comparable to nirvana. It named in honor of the famous ancient yogi Vashisht. The legend about the appearance of hot springs on this earth is connected with his name too. After mountain trekking or trekking to the Yogini Falls a natural spa is the best reward. Baths are located at the temple; separate entrance and rooms for men and women. The water is very hot! By the way, there are several thermal springs in Himachal-Pradesh, and they all differ in their health-improving properties. Popular routes to the famous Rattang Pass start on the road to Ladakh via Le. This is an adventure for strong-spirited people, who are ready for Spartan conditions and weather surprises. But none of them remained indifferent to the alien landscapes of the Spiti valley with the sacred turquoise lakes. 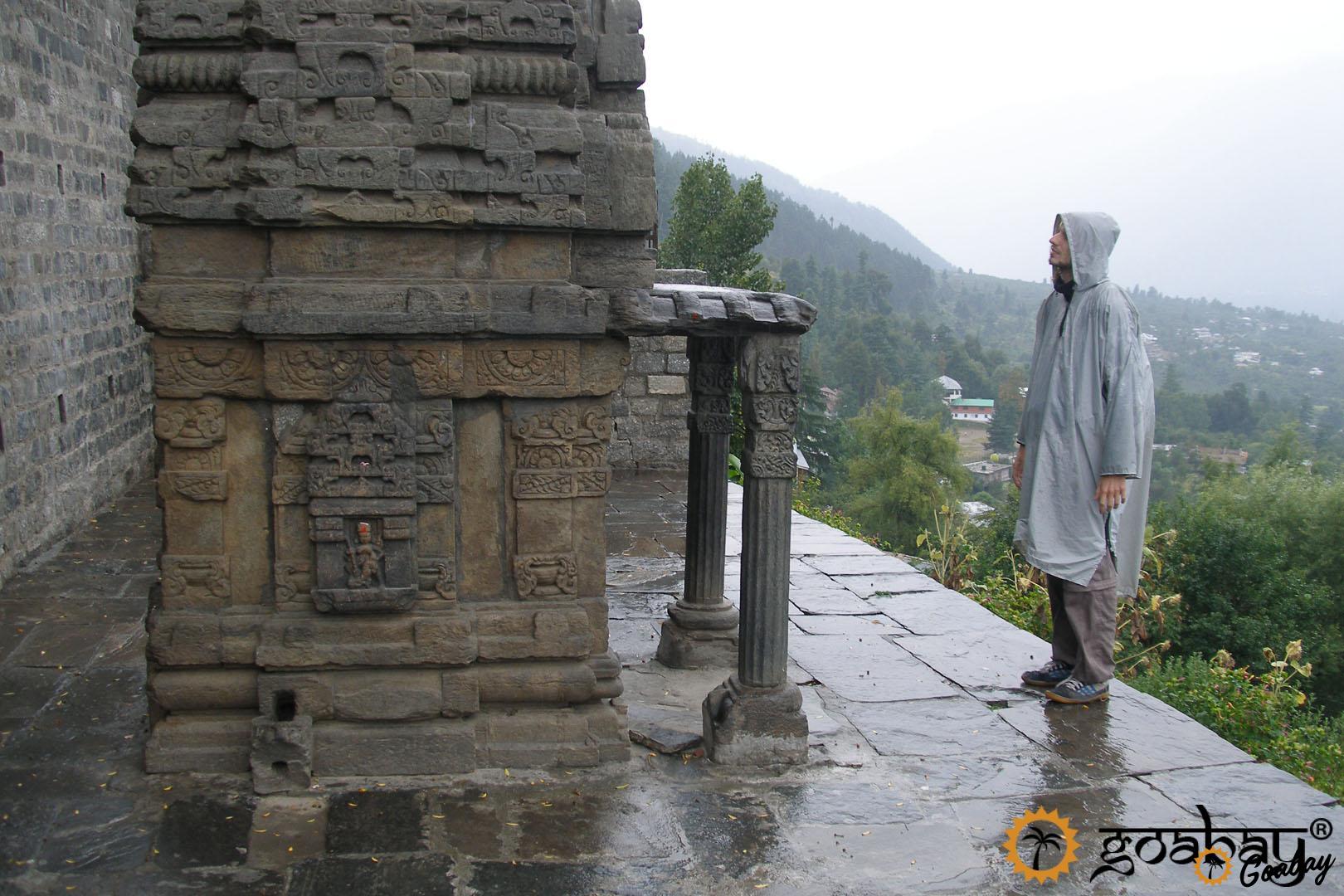 Nagar – a place of cultural pilgrimage. Here is the estate of the Roerich family. The manor-museum with a gallery, the creative workshops of Nicholas and Svyatoslav Roerich, the lemon magnolia planted by Elena Roerich and the burial place of the head of the family. The Indian people revere them as saints, gratefully treats their heritage: the Saraswati Institute for Girls, the library and, of course, the master’s incredible paintings. Getting here you immediately understand what was the main source of inspiration for all members of the Roerich family – this is the bewitching beauty of the Kulu Valley! There is still preserved castle Kulu rulers and the oldest Hindu temples, where the entrance to foreigners is prohibited. Starry night mantras lull you, whispering the ancient wisdom of love and freedom. 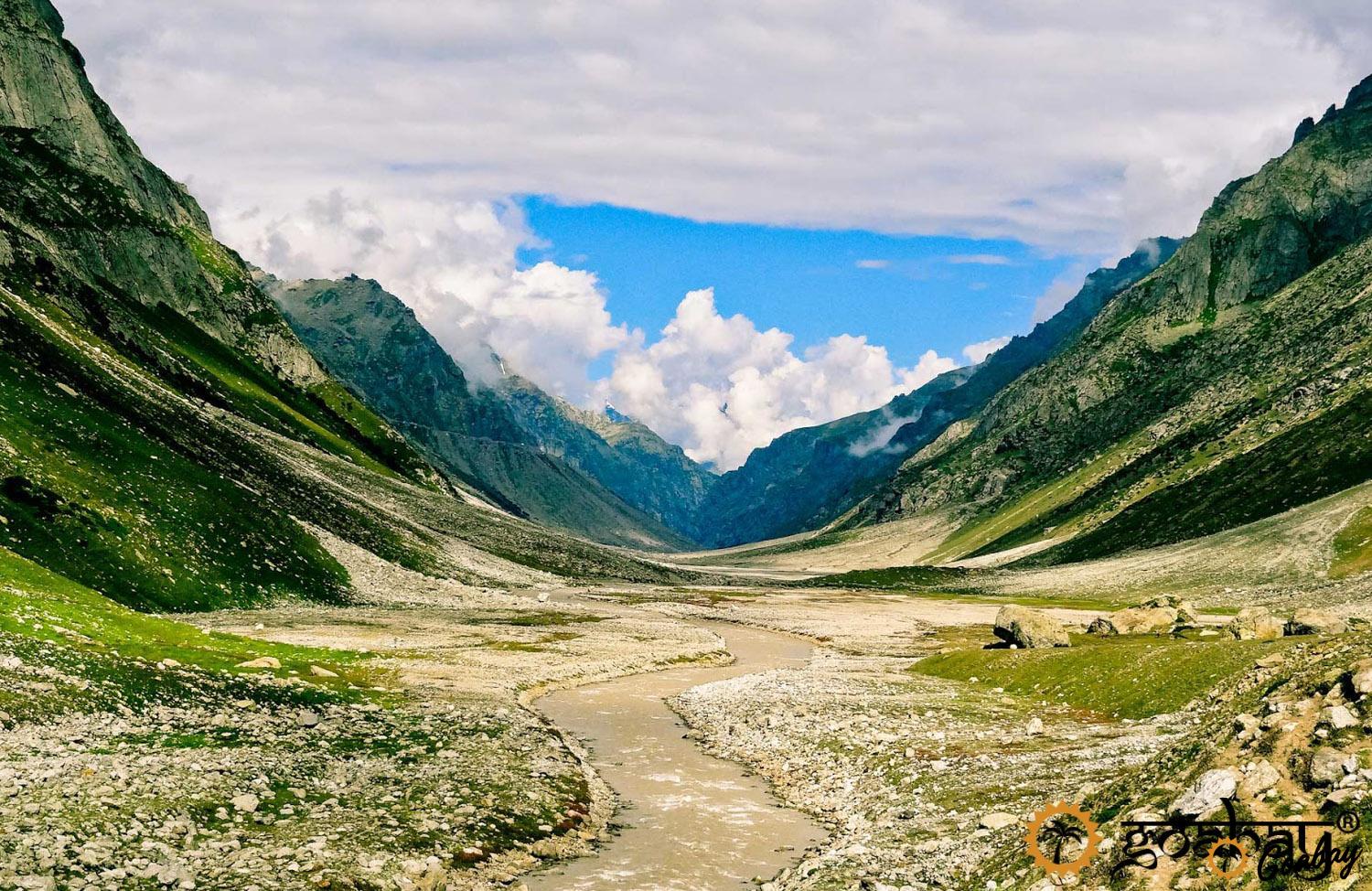 Many travelers make their way into the Parvati valley. This is a fabulous place with friendly Indian villages and towns. Some people are interested in precisely those settlements that are famous for the production of hashish: the isolated Malan village with its inhabitants of harsh views, Tosh and Kasol – a new abode of hippies and young Israelis, Pulga with its music festivals and parties.
Seekers of spiritual development will be interested in Baijanath – the city of several very revered ancient temples of Shiva and Parvati, as well as Dharamsala – the residence of the Dalai Lama and the Tibetan government. In Dharamsala the Buddhist leader often holds open meetings with young people and lectures.

How to get there.

A tourist with any budget and level of familiarity with India can visit Himachal-Pradesh.
If you are a fan of comfort and value your time, then the best option is a plane from Delhi to Shimla, Manali or Dharamsala.
Want to add zest? – go to Shimla from Kalki on a miniature train, which is called «toy train.” A couple of hours on the road by rail, passing through cedar forests, this is already a little adventure.
Want to save money and are ready for local color? Then pick a night bus from the capital of India to Manali. Ask for a window seat and set the alarm for 6 am – the view of the valleys in the rays of dawn will invigorate better than any coffee! By the way, this option is quite convenient: buses with air conditioning, at night you can wrap yourself in a blanket, there are stops for a snack. Is that driving style can cause genuine “delight”, but this can also be used.
It’s convenient for the state to travel by bus, taxi or tuk-tuk. Experienced drivers can easily rent a car. Explore the edge on the star of the local motorcycle industry – the Royal Enfield- is a special kind of pleasure and unforgettable emotions.

Don’t glut your trip. Be sure to alternate cultural and sports program with a relaxing time. After tracking you can find a place where you will have a relaxing massage with local oils. By the way, many species of healing plants for ayurvedic medicines and procedures gather in this region.

If you are offered to try alternative “medicinal plants”, saying that it is almost legal, pay attention to this ALMOST. Legalized drugs in India is a myth.

Travel and discover India with GoaBay!