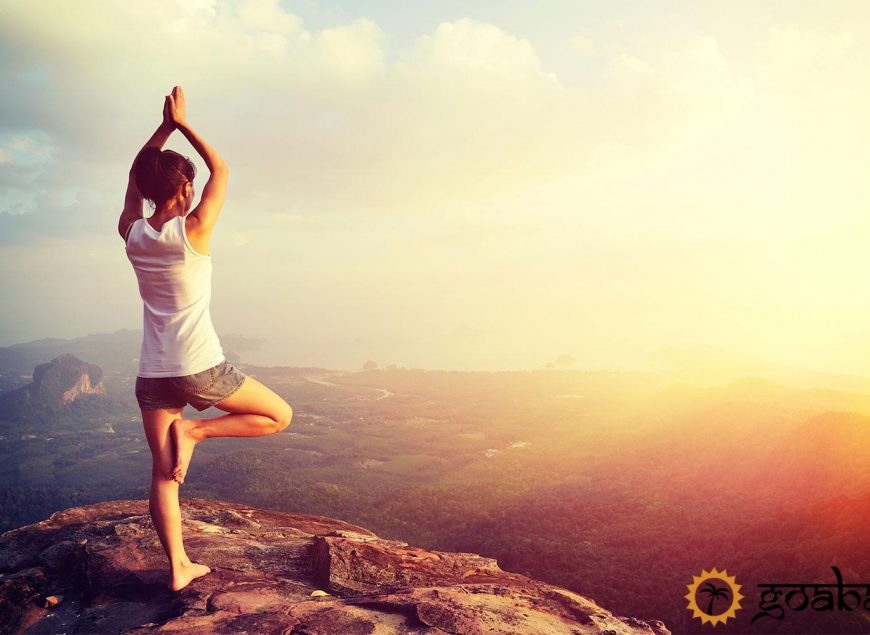 Fashion hobby or deep philosophy? Yoga is inextricably linked with India and has been known to people for thousands years. The course on a healthy lifestyle in the modern world inspires more and more men and women to practice and study this ancient art. Sit comfortably in the lotus position, and let’s talk about yoga today!

Some people perceive yoga as spiritual fitness, focusing their attention on exercises and striving for a visible result – a flexible and tight body, an impressive stretch. But what exactly is yoga?

Yoga is the doctrine of self-knowledge; This is a complex of practices – spiritual and physical, aimed at controlling a restless mind. The word “Yoga” denotes unity – the connection of the material body with the inner and outer world.

In order to feel this connection there are eight steps, each of which has its own subtleties and components:

The goal of yoga is to realize the practitioner’s inseparability from everything around him; awakening of the superconsciousness and liberation from the suffering of the material world.
Of course, this interpretation of yoga is conditioned by the religious dogmas of Hinduism: belief in the eternal soul and its reincarnation – a series of rebirths in physical bodies. Nevertheless, some aspects of yoga became popular and were forgotten again throughout its long history.

Many people know India as the birthplace of yoga. But at the same time there are versions that the knowledge about it was spread in ancient Egypt, where it brought representatives of an even more ancient civilization.

The word has Indian roots. In the ancient sacred language of Sanskrit the root “yodzh” denotes several concepts: harness, bond, union, etc. The results of archaeological excavations prove that representatives of the Indian Empire practiced yoga in one form or another as far back as 3300-1700 BC. e. An unquestionable contribution to the development of yogic teaching was introduced by the sage Patanjali (II century BC), having formulated the main provisions and definitions of yoga in texts – sutras. Yoga is mentioned in the most revered Hindu epics: Rigveda, Mahabharata, Bhagavad-gita. The main guardians of the ancient wisdom were the clergy of the Brahmins. Traveling monks spread knowledge during their pilgrimages. Reflection of yoga you will find in Buddhism, and in the Slavic traditions. Coming to itself after a dark dream medieval Europe looks curiously at the East. And in the XIX century some philosophers frankly begin to admire the Indian knowledge of human nature, reasoning about the meaning of life. The middle of the 20th century is a real boom of interest in yoga and meditation for residents of the US and Europe in search of freedom. Acquiring a massive character it is reflected in literature and cinema. Meditation centers, academies and schools of yoga, institutes for its research are opening all over the world. This process has been successfully continued to this days.

India will forever remain a recognized center of yoga, its heart chakra. But if you think that every resident of this country starts his morning with “Surya Namaskar” and ends the day with evening meditation, then you are very wrong. Recall that rules of the caste system strictly regulated the life of Indians for many centuries. The sacred knowledge of yoga was possessed by representatives of the higher caste. Being literate and educated they could teach them nobles and rulers, if they showed interest in it. No farmer or potter had neither the opportunity, nor the time, nor the need to practice yoga in the form in which we know it now. But numerous religious rituals and holidays, state laws and social norms of behavior were imbued with yogic philosophy.

After gaining independence in 1947 India returns enthusiastically to its identity. Yoga, as an object of national heritage, is promoted and maintained at the state level. Her devoted follower is the incumbent Prime Minister Narendra Modi, who also initiated the introduction of the International Yoga Day – June 21. There is even a Ministry of Yoga and Traditional Medicine in the country. Ayurveda is an integral part of yoga on the path to physical and psychological health of a person. The increased interest on the part of foreigners who annually fill the schools in Rishikesh, the ashrams in Kerala and the retreat centers in Goa, inspires the youth of India to practice yoga. In addition, this is a new kind of self-realization for creative natures and a popular source of income: clothing and accessories for yoga, author’s health programs, yoga courses for pregnant women and children, excursions to places of power and much more. Of course, the appearance of “beer”, “boxing”, “laughing” and other exotic types of yoga – this is a tribute to the needs of society in something new and entertaining. But even in this one of the goals of the ancient teaching is realized: attention to oneself, to one’s body, to the knowledge of the structure of the inner and outer worlds.