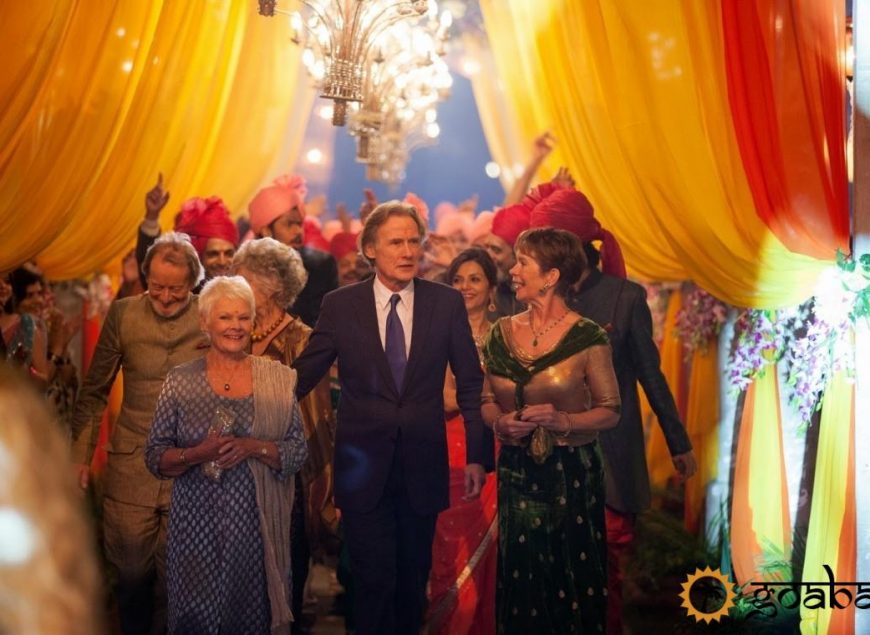 Before we go on a long journey, we try to reconnoitre the situation: we study guides, surf the Internet, ask friends. Having returned from vacation, I want to experience again and again those vivid emotions that come alive from the aromas, sounds and photos from the trip. Feature films are one of the most pleasant ways to combine informational stuffing with immersion into the atmosphere. There are many luxury films about India! And unlike the colourful, dramatic films of Bollywood, here we get to know an exotic country through the experience of European, American or Russian heroes. With their eyes, we consider the fairy-tale world, we share the surprise, and sometimes the shock of what they see, hear and feel.

The 2011 film was directed by John Medden. The plot is based on a story about several ladies and gentlemen of mature age who decided to meet old age in alluring and mysterious India, each for their own reasons. An entire hotel called “Marigold” is given to their services – the best of the exotic, as the advertising brochure says. Adventures are waiting for heroes from the very first minute in the Indian airport. You can easily recognize your emotions when landing in Mumbai, Delhi or even Goa – noise, confusion, terrible heat, stuffiness, but above it all dizzy aroma of freedom soars! Then we will meet the manager of the hotel – a young Indian ambitious guy Sunny, whose role was played by Dev Patel. He is not possible to forget after the main role in the movie “Slumdog Millionaire.” Since childhood, Dev seriously enjoyed martial arts and was very successful in them, t.ch. his career could have been quite different if it were not for karma, probably!)) 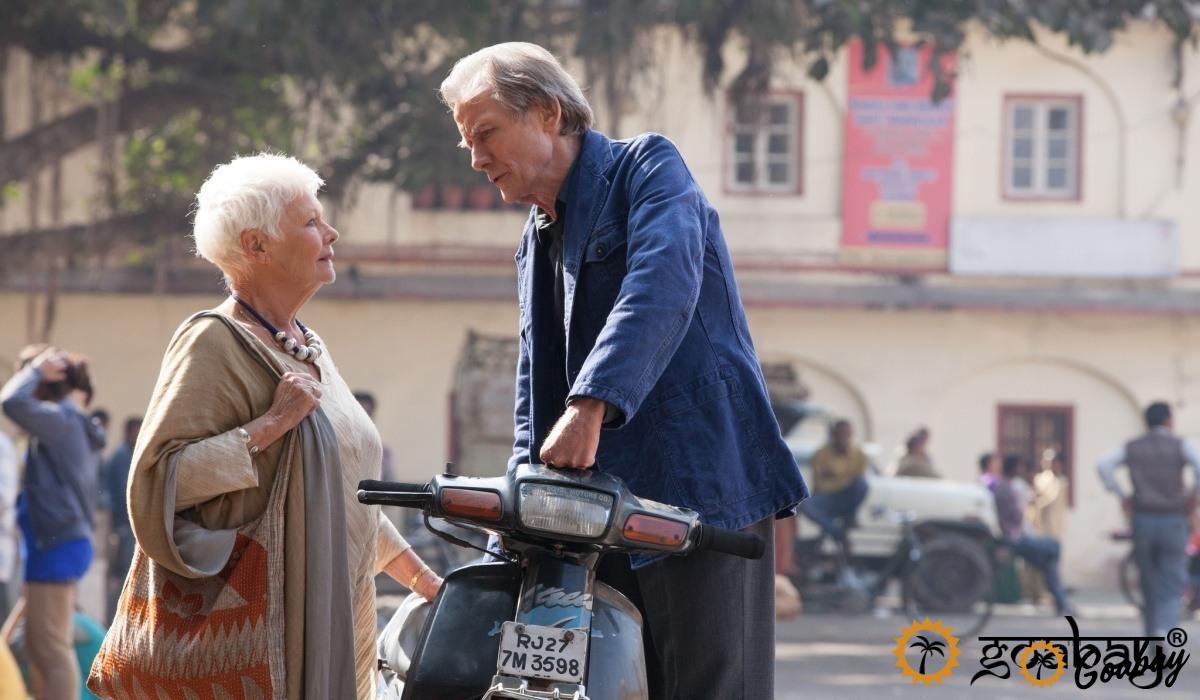 The main cast is admired by honored masters of Britain: the brilliant Judy Dench, the charming Bill Nighy, the charismatic Ronald Pickup, the stern Tom Wilkinson, the infinitely talented Maggie Smith and the charming Celia Imrie. It is easy to believe their sincere emotions because none of the actors has ever been to India to their honourable age!

Leave the details of the plot for personal viewing and get acquainted with the facts that will interest travellers. 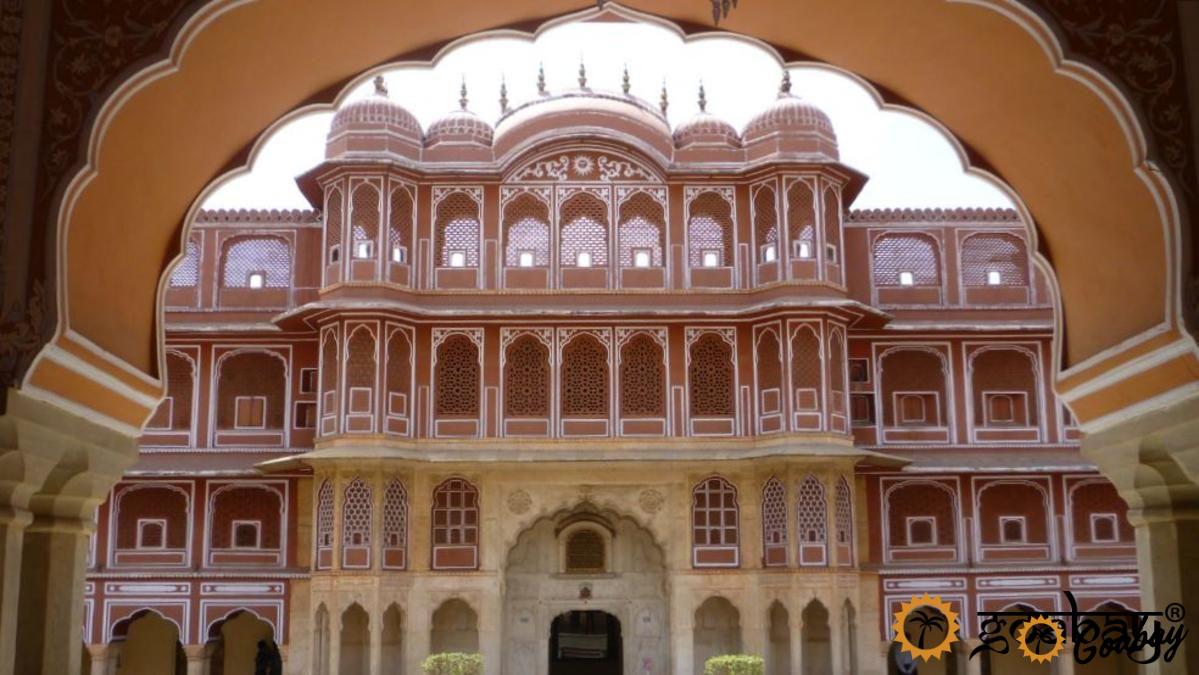 If you have long been going to get acquainted with the culture of the largest state of India – Rajasthan, then in the vicinity of Udaipur find the village of Khempur. And then you will have a chance to settle in the very “Marigold.” After all, it is here that the existing hotel “Ravla Khempur” was converted into “The Best of the Exotic.” The interiors of the movie were saved by the owner, and now every client can feel like a movie hero for a couple of nights.

Do not miss the chance to visit Udaipur itself, it is only fifty kilometres away. This is an incredibly beautiful place with artificial lakes, high hills, refined palaces and colourful locals. The main city palace was built for 400 years – each ruler sought to bring something special. Thus, a unique structure has turned out, whose eclecticism is fascinating. 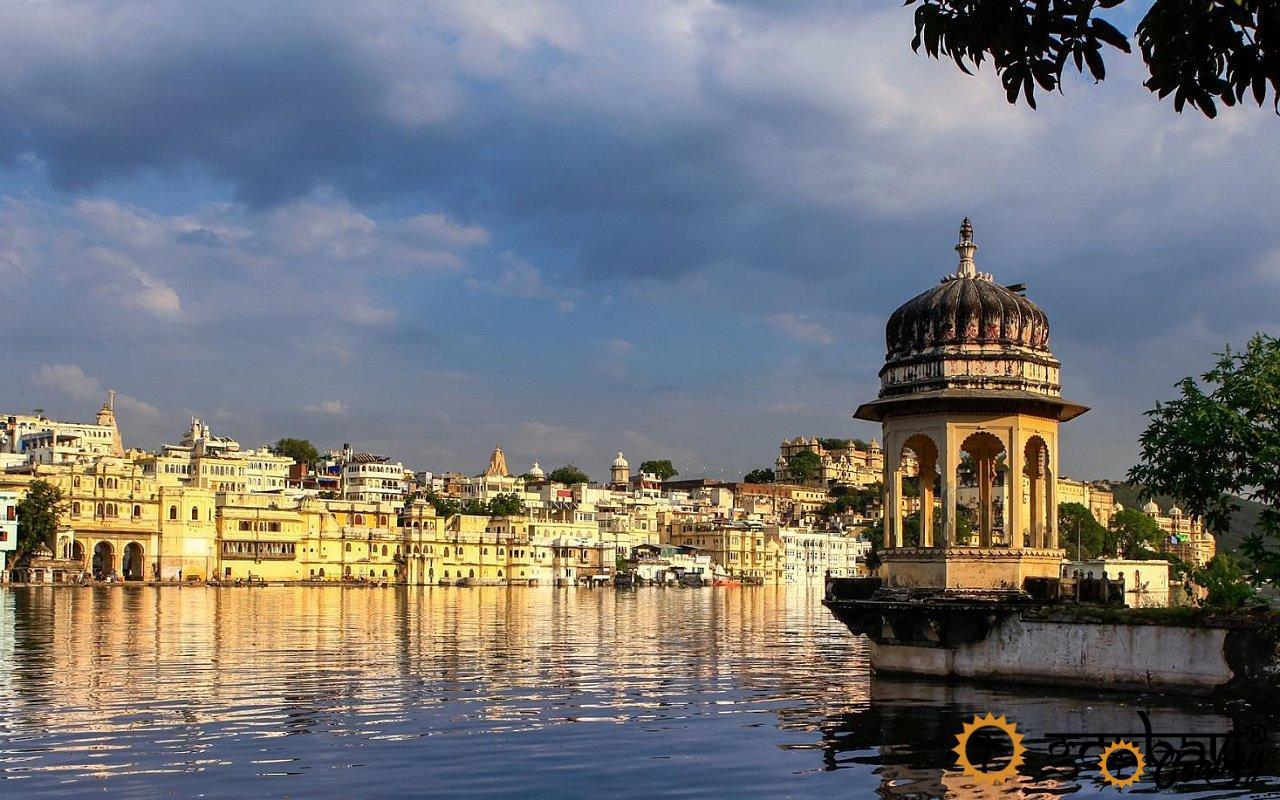 Stroll through the narrow streets, go down to the water, sit on the steps-ghats, listen to the mantra from neighbouring temples. Rajasthans are very hospitable and smiling. Tourists are not surprised, but the only delight. This trend has long been popular among Europeans, and Indians choose it for luxurious weddings. You may be lucky to be among the guests at such an event – the wedding season begins in the spring. Despite the fact that a whole street with a market was built specifically for the filming of the “Marigold Hotel” in the desert surroundings of the village, you can easily find a similar local market to buy souvenirs. Udaipur is famous for its unique painting – these are colourful miniatures depicting traditional Rajput warriors or scenes from the life of royal persons. The subtlety of lines, elegant gestures, the combination of gold and bright colours is simply amazing. Numerous shops of artists scattered throughout the city. There you will also find national clothes with artful embroidery, shoes made of leather, decorated with small mirrors and pompons, statuettes of the gods made of marble and wood.

For even more inspiring emotions go to Jaipur, where the shooting of the film “Hotel“ Marigold ” took place. The film crew sought to show the real India: on a level with the wealth and luxury of hotels and clubs, the team members admire the beauty of everyday life of noisy streets. You will fully experience this duality by spending several days in Jaipur. “Pink City” – one of the names of the capital of Rajasthan. Why exactly pink? You will find the answer to this question while walking through the historical centre: the walls of buildings have their own palette – from rich red to light coral. Every 9 years the colours refresh, without changing the basic colour scheme. There are several versions of this tradition. Local guides will be happy to tell you about them when visiting sights, of which there is a huge amount – the city is among the three leaders of the country according to this indicator. The main ones include the city palace, the harem Mahal building and the Amber Fort. But even not so untwisted places can cause real delight or cultural shock. 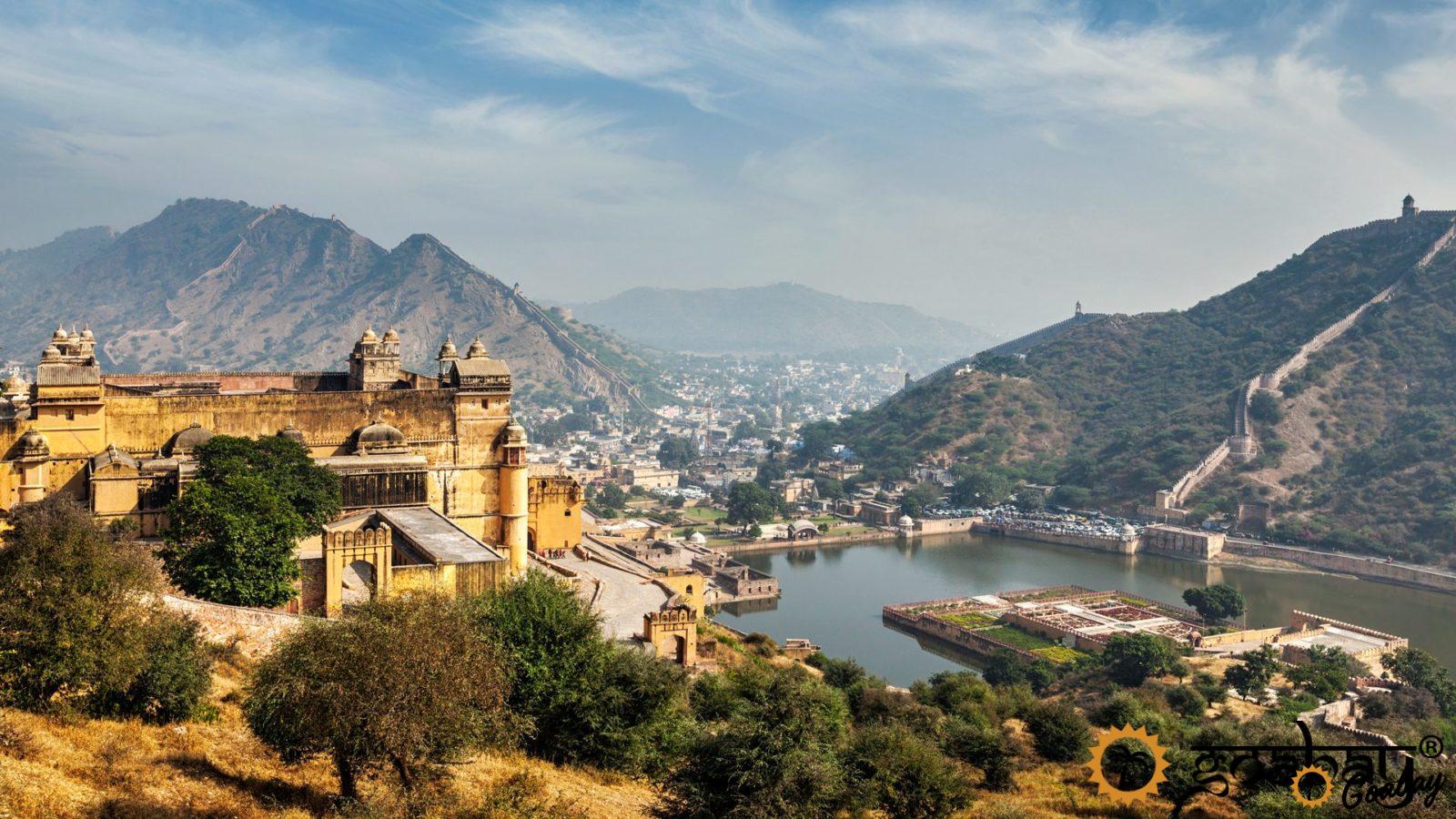 In 2015, the second part of the masterpiece “Hotel” Marigold “was released. Settlement continues. ” As we understand from the title, new characters are waiting for us, and with the exciting plot twists. Although “exciting” is not exactly the right word. After all, the film has its unhurried, enveloping dynamics characteristic of English cinema. The appearance of Richard Gere among the guests of the “Best of Exotic” will certainly please fans of this handsome man.

Actions are also taking place in Jaipur, which has long been known as the world capital of jewellers. Until now, as if in a fairy tale, gems here are weighed in kilograms right on the streets! Another wealth of the city is silk fabrics! They inspired one of the heroines of the “Hotel Marigold” to create their own business and changes in life. 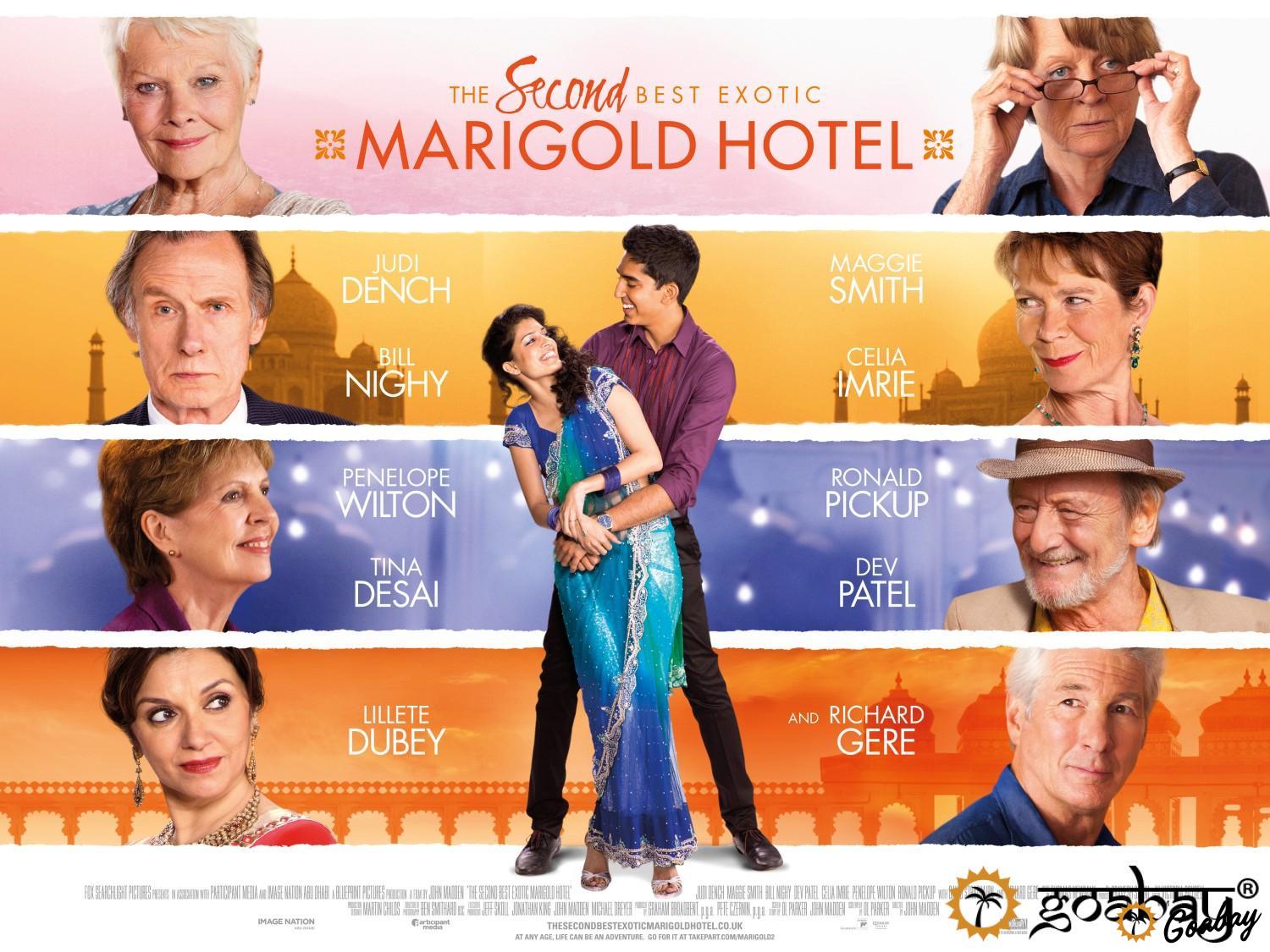 In general, one of the main ideas of the film was an amazing process of metamorphosis, which imperceptibly, and then more and more tangibly touches each character. The hotel itself, which in the dreams of the young Sunny has to rise from the ruins, is a wonderful metaphor. “The truth is that India cannot fail to change you, and this is true both in relation to the characters of the film and in relation to the actors themselves who were glad of this experience” – share the director.

And for such changes, believe me, there are no barriers in the form of age or boundaries, social status or social norms.
Dream, travel and share your favourite movies about India in the comments!