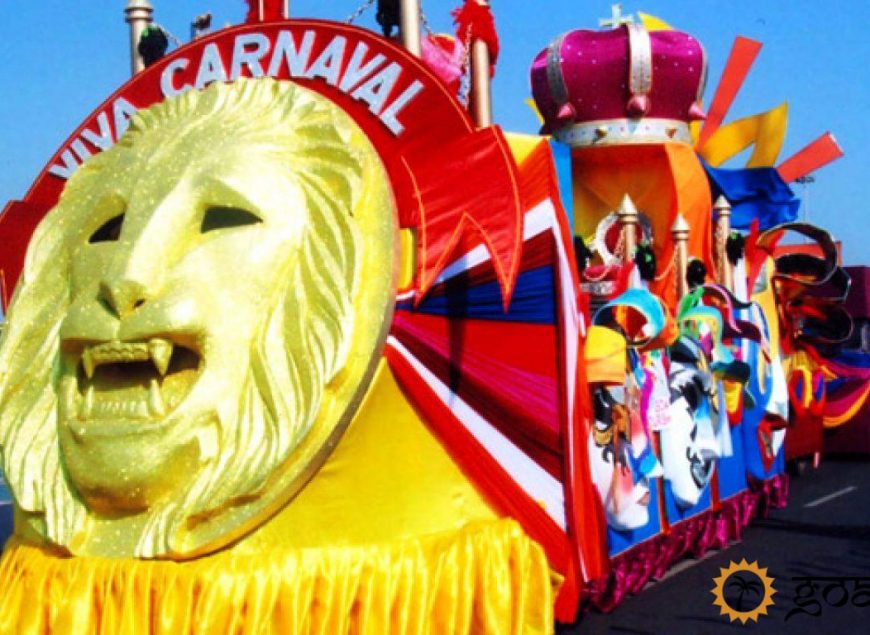 The tourist season 2018-2019 in Goa enters the home stretch: in mid-April it will be too hot, and in May the rains will begin. But by the end of February the waters of the Arabian Sea are finally warming up, and at the same time the prices for tours are falling – a great incentive for travel. Gentle waves, hot sun, juicy fruits … But are you ready for another pleasant surprise? The first week of March is the time of the traditional carnival, which is strewn with a colourful avalanche on the cities and villages of the state. Take a mask with you and get ready for unbridled fun!

History of the holiday.

Everyone heard about the carnival in Brazil. The bright procession in Goa is his younger brother. In 1510, when the Portuguese colonialists settled in this part of India, they began to establish their usual and quite unusual for the locals traditions. The policy of spreading the Catholic faith meant cruel reprisals against Muslims, Jews, and Hindu. Verdicts of the Inquisition were announced on the central square of Golden Goa (now the former capital is called Old Goa). It should be noted that after 100 years, most of the population of the Indian state absorbed the Catholic canons, and the next generations became true believers. The European influence had enormous advantages: trade and crafts developed in the region, agriculture moved to a new level, schools and institutes were opened at Catholic churches, hospitals were named after saints. If one night over a glass of cool portwine somewhere in the Latin quarter of Panaji, you lead a conversation with a local resident, you will most likely feel a tinge of pride when he calls himself Goan, not Indian. On a Sunday morning, slender singing from the open doors of the local church can effectively contrast us with palm trees and cows walking the streets, but for Indians who carry the names of De Sauza or Pereira is a completely common thing. 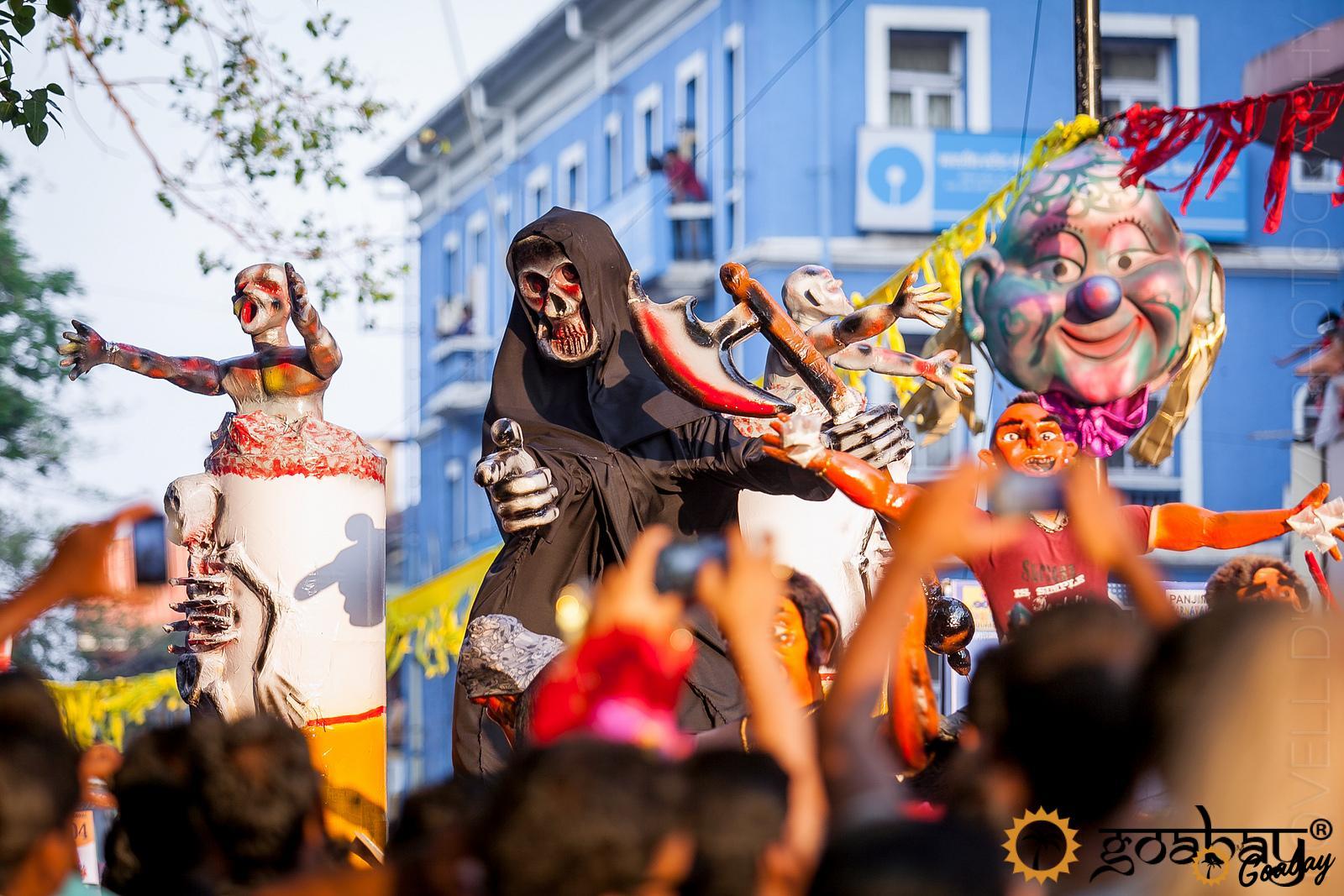 Together with strict religious rites the festivals of the Portuguese entered the life of Goa. So the days preceding the Paschal fasting were devoted to plentiful meals, perky dances and loud music.

Preparation begins in mid-February. The parade through the streets of the capital and several other major cities becomes the most spectacular moment of celebration. Wide roads are decorated with flowers, flags and masks. Social services, committees, sports organizations create their own platforms on which they will dance or play scenes from the lives of saints or mythological scenes. At this time, the power symbolically passes to the king of the carnival Momo, in whose name the experts recognize the ancient Roman god of fun and mischief Momus.

Carnival is out of religion.

In 1961 Goa officially ceased to be a colony of Portugal and joined the rest of the states of India. But at the same time the status of the Catholic territory is not lost. In each village you will find at least one small chapel, and in the south large cathedrals and churches still amaze with their grandeur. The peaceful colonizers replaced the warlike colonizer: hippies glorified freedom and love under the palm trees of Anjuna and Palolem, tourists from the United States and Europe pulled after them. And in the new mix of cultures the traditional carnival has finally cast aside its Catholic roots. By the way, later those hippies created their own version of the carnival – Freak Parade. The exact date of its holding becomes known literally on the eve of the event, no one ever knows for sure whether it will take place at all. But now that year, a crowd of people in homemade costumes accompanied by a variety of musical instruments, by self-taught artists and simply talented characters, begins their march along Arambol beach. A single theme is chosen, which, if observed, is not as strict as one might expect: the previous season was devoted to respect for our planet and created a composition with a globe on a chariot. This year chose a maritime theme. Anyone can join! It ends at sunset, smoothly moving into the next one of the endless parties. 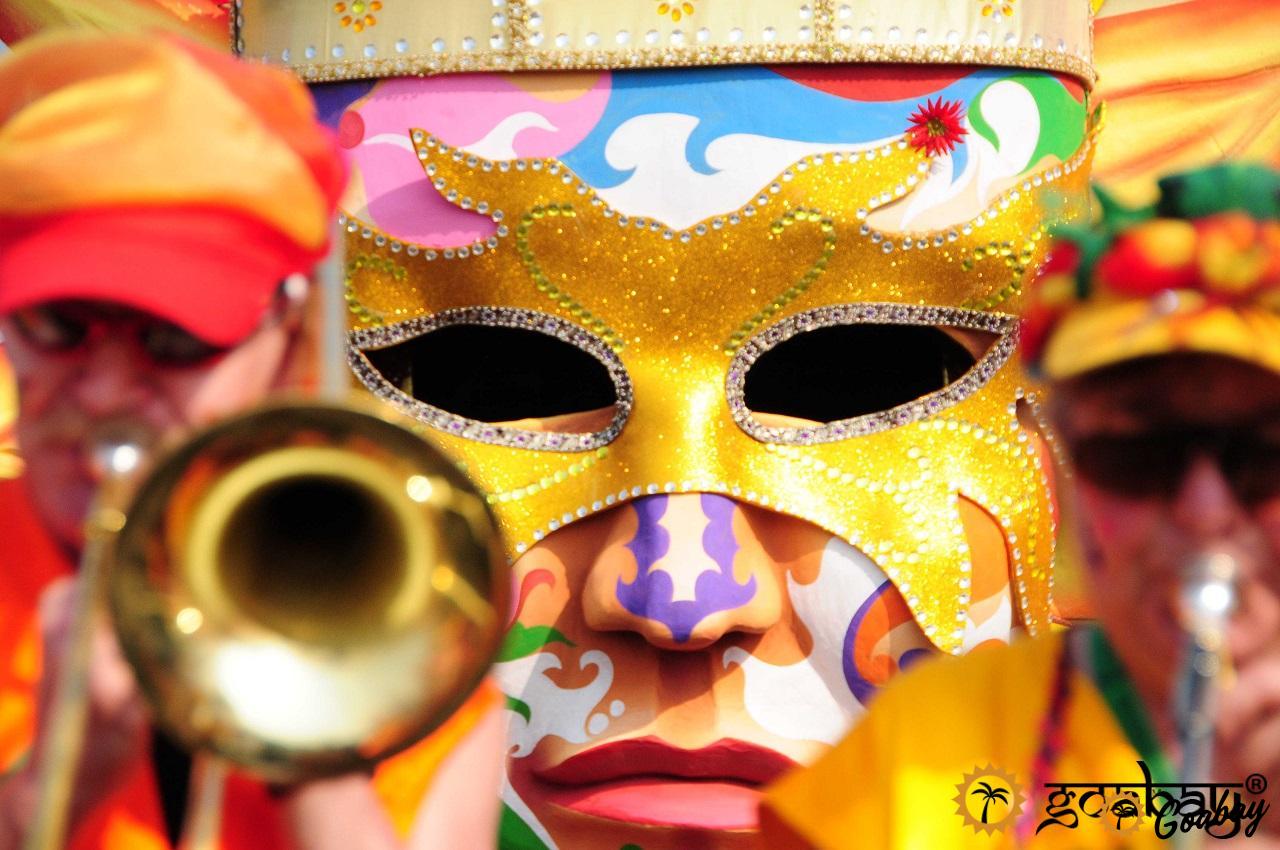 Recently, the carnival in the village of Morjim has reached a new level: the mummers march has become a competition. On the main road in the rhythm of the dance move groups of schoolchildren and local creative teams – everyone is trying to conquer a special jury and become a winner. Spectators occupy the best places – balconies and any elevations.

Panaji Food Festival is timed to coincide with carnival days. A stage for live performances is mounted on a large territory, and along the perimeter, the most famous restaurants, farmers and culinary specialists boast about their works – these are local delicacies and overseas exotics. Last year I managed to try the alcoholic ice cream! A vibrant event for the whole family is worth a visit to complement the impressions of Goa!

In 2019 the Carnival will start on March 2 in Panaji, then move to the South to the cities of Margao and VascoDeGamma, and on March 5 will be held in Mapsa and Morjim. Be prepared for a large influx of viewers, traffic jams are not avoided. In Panaji traffic is blocked on the main streets. If a return flight is scheduled for you on this day, discuss the conditions of the transfer to the airport in advance.