It is pour outside the window, you get warm socks and make hot tea and don’t want to leave the house…do you think this is the classic scenario of your autumn? No, this is the rainy season in far-off India!

What is the “Rains Season” in India?

The rainy season or monsoon (from the Arabic “mawsim” – the time of the year) begins in India around the end of May and ends in mid-September. The duration and intensity of this annual phenomenon can vary. Due to the peculiarities of the country’s territory, Monsoon in India has a number of differences from other Southeast Asian countries. Here the Himalayas play a huge role as a natural obstacle to the air masses. Asymmetric heating of the sea and land is one of the reasons for the formation of wind-shifting winds also called monsoons. They originate over the surface of the Indian Ocean In the summer and attack the Hindustan beginning with the Andaman and Nicobar Islands in the Bay of Bengal. From the south the monsoon moves to the Malabar coast, calms down a little and comes back with a new force from the east.

Indian scientists carefully study the Monsoon and try to work out an algorithm for their accurate prediction. But seasons change every 30-40 years according to data for the last 145 years. Precipitation can be very abundant, wind storms, but also can pass quite calmly. Most monsoons show themselves in the south of the country – the rainiest place is Meghalaya state, and there are rains only at night in the north and in the daytime the earth is warmed by the generous sun.

The importance of Monsoons

Despite the storms, hurricanes and thunderstorms the importance of monsoons is extremely great for India:

Country is stockpiled with water for the next two years during this period. In some states the problem of drinking and agricultural water resources rises very sharply in the hot summer. To help come the reservoir, the system of canals and ponds, the secrets of the construction of which came from ancient times, but still effective.

The amount of precipitation significantly affects the operation of hydroelectric power plants. India ranks 7th in the world in terms of production of this type of energy.

Changing the temperature regime. Local residents wait for the coolness of the rains with joy after the debilitating heat of April and May. This is a rest time for those who are engaged in agriculture or in the tourism business in the states of Goa and Kerala.

Disadvantages of the Rain Season

Nature doesn’t hesitate to demonstrate all it’s power and unpredictability during this period. Rain can really go without a break for several days and even weeks in a row. Storm is raging in the coastal areas – it is prohibited to enter the sea to fishermen. Modern buildings stand with difficulty under the onslaught of thunderstorms. Could you imagine what happen with village huts? Local people can try to protect them as they can: the roofs are strengthened, the houses are almost completely wrapped in plastic canvases. 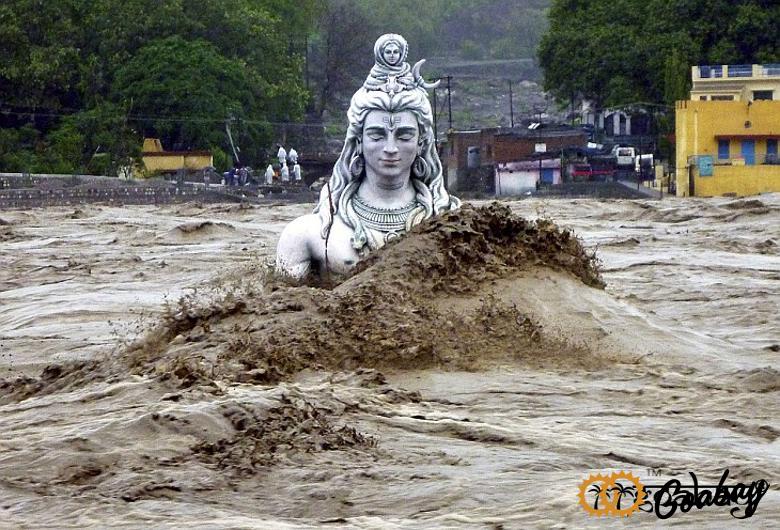 On the eve of Monsoon the system of roadside ditches and gutters is being put in order. But every year entire settlements disappear from the face of the earth in streams of dirty waters. Sometimes the elements walk around in earnest and then even the megalopolises such as Mumbai and Calcutta suffer from flooding. And in 2013 heavy rains overflowed the mountain rivers in the North of India and more than 6,500 people became flood victims. Another disastrous consequence of floods may be outbreaks and epidemics. Infections are spread by insects or through water.

From June to September there are frequent interruptions of electricity. Roads are becoming useless, communication between cities is disrupted. There are problems in the work of airports.

Striking changes occur with the tourist state of Goa: noisy beach cafes are dismantled to the ground, life in bright Arambol and the colorful Anjuna freezes. Now “Indian Forest Vegas” is more like a broken in a blue plastic broken slot machine.

Pros of the Season of Rains

If the picture of the apocalypse has already unfolded in all colors before your eyes, I will hasten to tell you about the advantages of the Rain Season. People are already familiar not for the first millennium with this phenomenon. The Arabian navigators, who gave the names to the winds, which changed their direction twice a year and filled the sails of their ships, clearly observed the seasonality. This was the key to their successful trading.

Many features of Indian architecture were not only decorative, but also quite practical: the construction of forts on the hills, the creation of the incredible beauty of stepped wells and complex canal systems, aqueducts.

The change of weather has postponed its impact on cultural and religious life. Numerous holidays Hindus, Muslims, Christians and representatives of other religions arrange in honor of the beginning of the rainy season. For the most arid and hot states of Gujarat and Rajasthan water is a manifestation of divine mercy and is especially revered. There are even special dances in which female dancers gracefully demonstrate the virtuosity of wearing jugs with water on their heads.

The state of Goa, which is considered to be Catholic in relation to the rest of India (about 25% of the population here profess Catholicism), at the end of June it is fun and colorfully celebrating the holiday of Sao Jao – the Birthday of John the Baptist and concurrently the date of the beginning of rains carrying fertility. There are boat races and other competitions, singing hymns and drinking fenya (local moonshine), the culmination of the holiday is jumping into all available ponds.

Hindus organize In early September a lavish week-long celebration dedicated to the elephant-like Ganesha, in charge of wisdom, prosperity and prosperity. The land has been sufficiently saturated with moisture by this timeand ready to give life to new abundant crops.

Undoubtedly, tourists who are tired of the traditional beach holiday under the hot sun, the summer monsoon will attract for the following reasons:

This is the best time to visit the North of India where fine weather reigns and the mountain roads of the Himalayas become accessible. In the central part of the country the heat ceases and the risk of fainting (not from beauty, but from merciless sun) when viewing the luxurious palaces of Jaipur and Udaipur is minimal. You can enjoy that India, which is familiar to us from fairy tales from childhood and adventure films of youth.

In tourist states prices for hotels are significantly reduced. Unfortunately, charter flights to Goa are not carried out until the start of the official season. But it’s cheaper to fly through neighboring states and large cities.

If you think that club life stops during rain time, visit the districts of Baga and Calangute! For local tourists this is the most popular time of crazy parties and dances until the morning. Forces are doubled in the established coolness and Indians are happy to spend them on entertainment.

It becomes cleaner around. The riot of greenery is simply amazing, abundantly blooming numerous exotic plants. The ubiquitous dust settles. Garbage disappears … in the nearest canals and rivers. Unfortunately, later all this falls into the sea and the ocean.

Traffic on the roads is not so intense – moving around in raincoats is not so comfortable. People on the streets are noticeably less especially travelers. But recently Europeans, Americans and even our compatriots are more and more interested in another India, which reveals itself as a bud under the life-giving rain drops.

Well, if you are still considering whether to go to India during the rainy season, then maybe you should try it once to understand it!