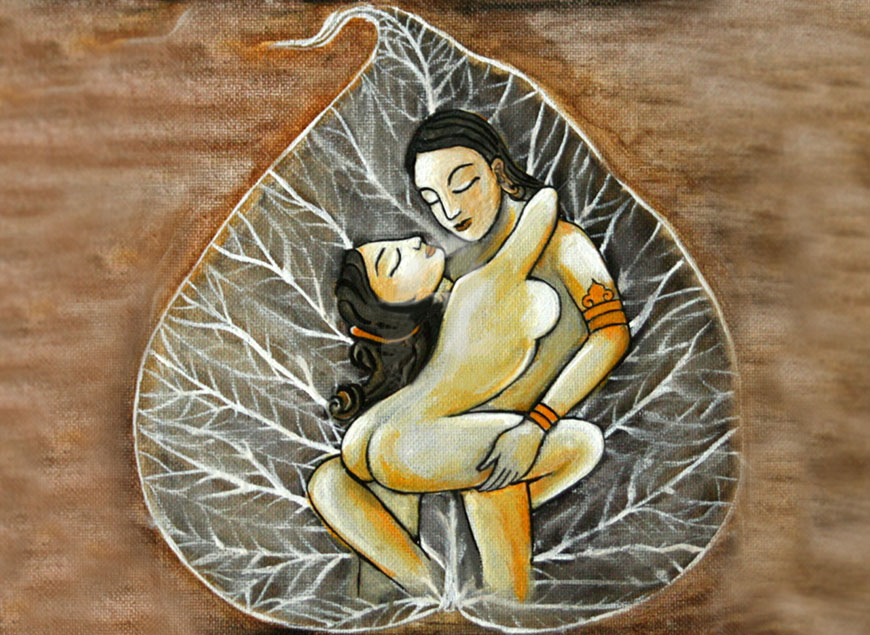 If we make an association rating with the word India among adults, then, perhaps, the Kama Sutra will close the first five. The book with “indecent” pictures, just mentioning which many blush, is still curious. But behind the stereotypical “cover” lies an incredibly deep content.

The Kama Sutra, without exaggeration, is usually called a scientific treatise, which deals with emotional and sensual pleasure, desire and, of course, love.

Kama is the name of the god of love, who, according to legend, moved on a motley parrot and generated feelings in people’s hearts with archery shots. In addition, kama also means desire, lust, satisfaction of passion. Ancient scholars, philosophers, priests and doctors paid great attention to this area of ​​life. Ayurveda (one of the auxiliary parts of the Vedas) includes a section of erotology devoted to strengthening potency.

The famous work certainly had predecessors. The merit of the author – Vatsyayana (III-IV century AD) – consists in combining several lines of reflection on a given topic, reducing them to a convenient format of sutras – brief rules – and a detailed classification in various fields. Legend in the beginning of Kama Sutra book tells that this wisdom was told by the bull of the god Shiva – Nandi. This adds authority and a certain romanticism. Such valuable knowledge was a real treasure accessible only to some representatives of the higher castes. Legends about the art of love circulated outside of India. The Old World approached the disclosure of secrets thanks to Captain Richard Burton, who asked for help in translating the Kama Sutra from one of the Indian scholars, and then edited the text. In 1883 the book was printed in Britain. Unfortunately, the overpriced cost of copies didn’t contribute to its wide distribution. Only during the “Sexual Revolution” of the 60s in the wake of the popularity of Eastern philosophy did the Kama Sutra become one of the bibles for progressive youth.

If you only heard about the Kama Sutra or flipped through colorful albums with this name, then I hasten to surprise you: only 3 chapters of one of the seven sections are devoted to the poses of a love merger (64 poses)! Indeed, as in yoga, physical activity is given an honorable, but far from dominant place. But it was this part that became the personification of the entire “Treatise on Love”.

In general, the Kama Sutra clearly reveals a social subtext: a strong family based on harmonious relations between a man and a woman, who know how to enjoy all their facets, as one of the duties of a responsible citizen. At the same time, the author doesn’t consider sex reprehensible, but enmcourages to engage in it meaningfully as art. 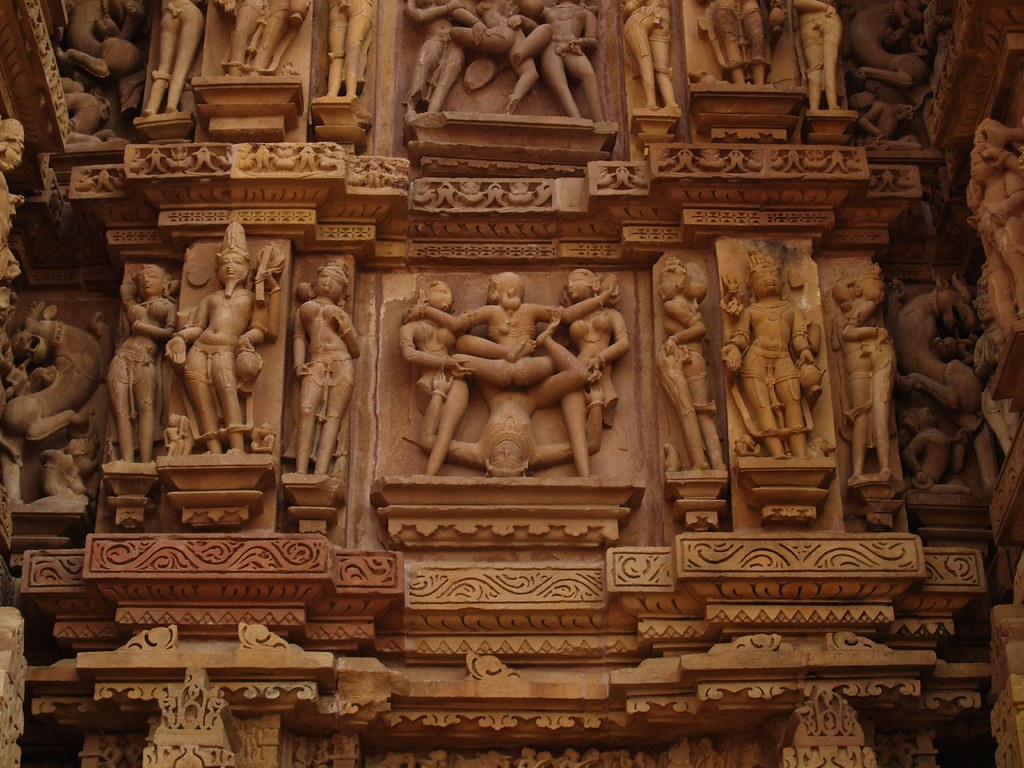 Another interesting fact about Kama Stura is that the treatise didn’t contain illustrations. Famous images appeared much later in the 16th-18th centuries. Many similar treatises on the art of love were compiled until the 18th century on the basis of the Kama Sutra: Panchasayaka (Five arrows of the god of love), Anangarang (Arena of the god of love) and others.

Ayurveda about love and sex

The ancient inhabitants of India identified 3 components, the harmony of which is the basis of a full-fledged personality:

In this context physical intimacy in a couple is aimed at obtaining and delivering pleasure and not only at procreation. The Kama Sutra talks in detail about the ways to achieve and enhance this pleasure, which means joy and happiness – the key to mental and bodily health. Unfortunately, modern statistics indicate that 88% of divorces are due to sexual dissatisfaction in a married couple.

The well-being of a person depends on the balance of three doshas (energies) – Vata, Pitta, Kapha. The intimate sphere is directly related to our mind, emotions and feelings. Vata dosha is responsible for them – air. Its nature itself is changeable and unstable. The modern way of life exacerbates this inconstancy by violation of diet and sleep, stress. The wind directly affects the “fire of life” – Pitta. Burning eyes, the flame of desire – all this can go out or, on the contrary, incinerate with disharmony. Kapha – a combination of oiliness and water – is responsible for the production of lubricant on a physical level and for love itself, smoothness and pleasure from sex on a mental level.

To balance the doshas ​​Ayurveda recommends:

Pay attention to food! Some nuts and fruits have a beneficial effect on libido especially in combination with spices, milk and ghee butter:

Ayurveda has great respect for sexual energy. Male seed and female eggs are considered the most valuable substances secreted by our bodies. Don’t neglect these riches.

In addition to general important recommendations ancient Indian medicine shares with us very specific recipes of herbal and mineral preparations. Prices are available. You can buy wonderful drugs cheaply both in India and abroad in Internet.

Fragile women’s health can be strengthened by:

The use of Ayurvedic drugs requires the advice of a professional doctor in this field!

A full body massage with sesame oil and brami oil, shatavari ghee, castor oil, and bala (when exposed to the pubic bone) will have a beneficial effect.

Subject to the general advice of Ayurveda on lifestyle men can strengthen and consolidate the effect by the following drugs:

Please refrain from using this information for self-diagnosis or treatment without additional consultation with your doctor.

The massage of special points (marmas), as well as the soft rubbing of castor oil, shatavari and bala ghee will help to strengthen the action of Ayurvedic preparations.

You can find all of this drugs and many others in the special section Kama Sutra on our website. Direct delivery from India at the most affordable prices with a guarantee of product quality.

Learn the wisdom of love and be healthy with GoaBay!