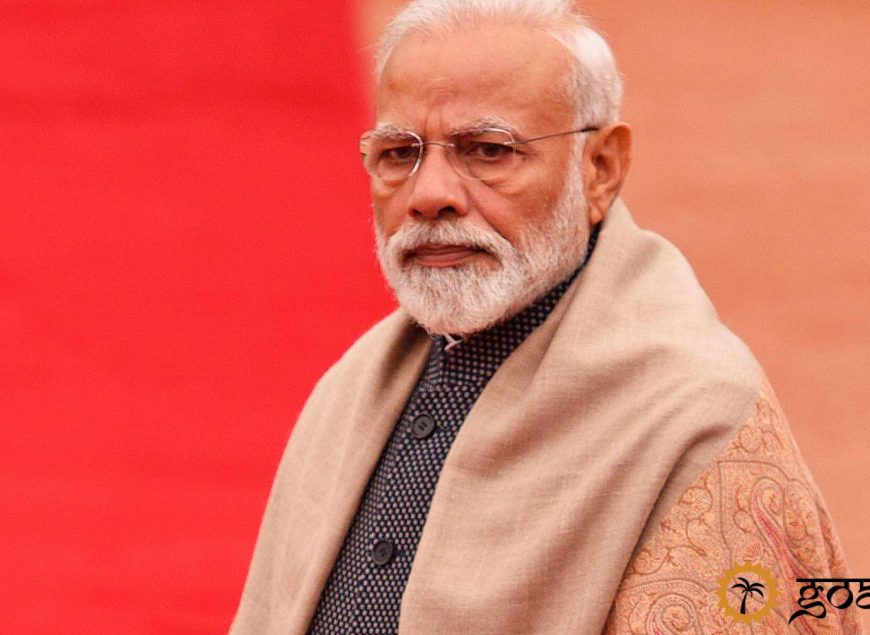 The largest elections in the history of mankind ended in India in late May. And on May 30 Narendra Modi was appointed Prime Minister by the President for the second time in a row. A modern politician who has a common language with young people, but at the same time an ardent supporter of nationalist views; the elemental reformer and adherent of yoga – perhaps Narendra Modi fully reflects the contrast of India itself.

The future prominent Indian politician was born in a large family, according to European standards, and fairly standard by Indian standards family – he became the third of six children. Parents owned a small business – it was a tea shop. But Modi didn’t stay long in his home and didn’t continue his father’s work. He went on a trip to his native country in passing receiving an education. To date, the 67-year-old Indian Prime Minister is a Master in Political Science. He was educated in a Hindu traditional family and therefore it is not surprising that at age 13 he entered into a contractual marriage at the choice of parents. In the future this union was terminated. 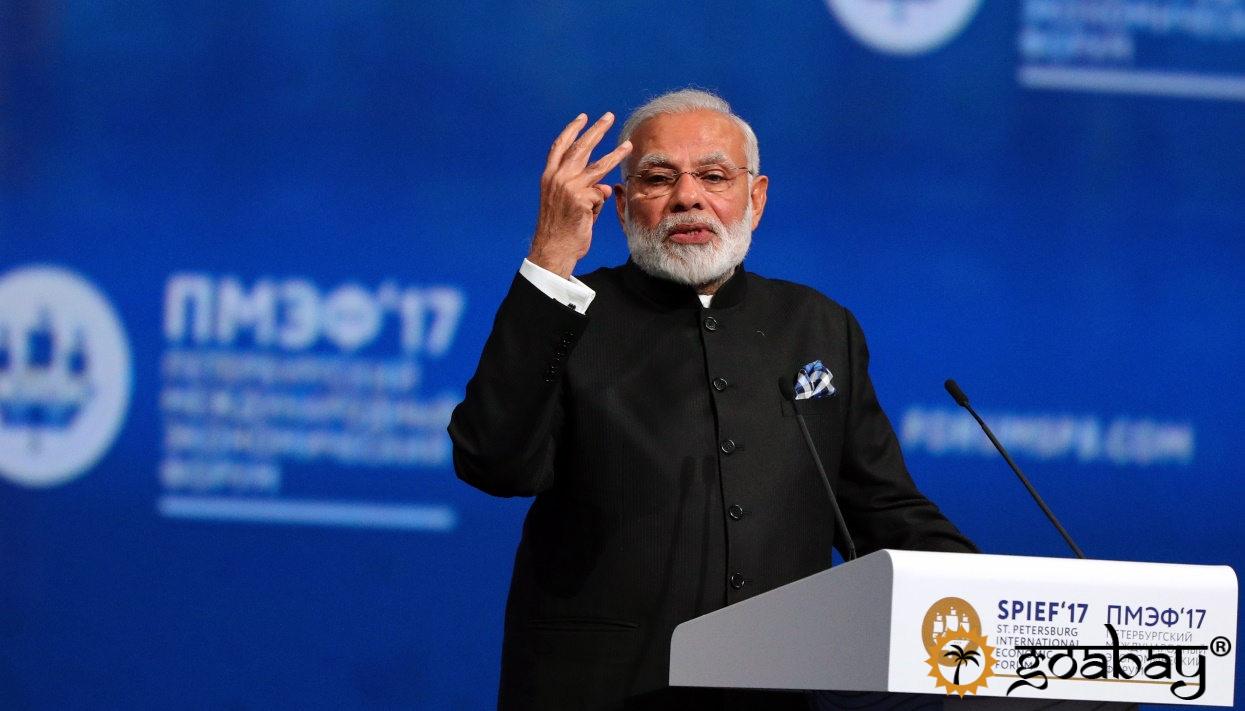 A young man from an early age was interested in politics. He was a member of the right militarized organization (Rashtriya Sawayamewak Sangh), defending nationalist interests. Until now, this fact in the biography of the policy is perceived ambiguously, because once a member of this organization made an attempt on the life of Gandhi.
While Indira Gandhi was in power, Narendra Modi was confidently building his career in the opposition, and after banning his organization, he literally went underground and continued his activities against the official government. In 2001 he became head of the government of his native state Gujarat and was re-elected to this post four times in a row. In 2014 he nominated himself for the post of Prime Minister of India as a representative of the Bharatiya Janata Party. His party wins the election, India receives a new head of national government and stands still in anticipation of change.

Role in the life of the country

Even before taking a high post the political figure of Narendra Modi raised many questions. In the light of the honorable appointment, many actions and decisions of youth began to play with a new light. So he was repeatedly accused of prejudice against Muslims. And even called the “enemy of the Indian Muslims.” The reason for this was the sad events of 2002 when Modi was leading in the state Gujarat, where another religious conflict broke out, the victims of which were more than 2,000 Muslims. The public was struck by the reaction of the politician, who expressed only sadness about what happened. On the other hand, several years later, the economic growth of the state Gujarat was recognized as the result of the period of rule of Modi.

But Narendra Modi was best known for his initiative and the conduct of several global reforms in the country as prime minister.

On the night of November 6-7 2016 the law on the withdrawal of 500 and 1000 rupees bills came into effect. The consequences were felt even by foreign tourists who were at that time in India: queues at ATMs; the inability to exchange dollars for the national currency; panic and chaos. What to say about the locals. In fact, the spontaneity of reform is exaggerated by the media. The project was developed not one month, banks and the population warned several times in advance. But it played the role of a multimillion population, failures in the work of financial structures. The measure aimed at combating corruption and “grey” money turned into a multi-earth stopper in various fields. 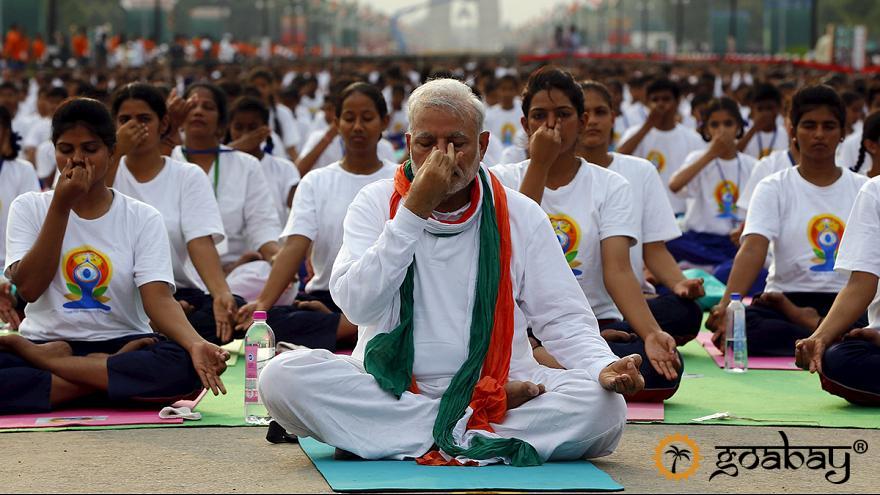 In 2017 a new tax on goods and services was introduced, which was supposed to combine other taxes, simplify them and make the tax system of India more transparent.
Narendra Modi advocates the transfer of all monetary relations in the country into electronic format.

Modi ordered all national functionaries to use only Hindi at all levels of official negotiations, correspondence and in communication with the media.
In 2015, the UN supported the initiative of the Prime Minister of India to establish June 21 as the International Day of Yoga. Since youthful age, Narendra Modi has been a vegetarian and actively practices and promotes yoga as a national treasure of the country.

Modi approved the implementation of the five-year “Clean India” debris clean-up program. One of the goals of this initiative was to provide every citizen with a toilet and measures to facilitate access to drinking water for all who need it.

The Prime Minister makes many trips. But some of them are historical. So in 2017 he visited Israel.

Despite the strong nationalist views, Narendra Modi is recognized as an extremely modern, charismatic and sometimes eccentric world politician.
He is very active on social networks: he uses Twitter and FaceBook, has his own website and an Instagram account. Can you imagine the number of subscribers?)
He is loved by young people, he tries to be on the wave with the new generation: he jokes and even participates in a variety of challenges.

On a par with this, Modi honors traditions: every year on his birthday he turns to his mother for a blessing; he makes pilgrimages and Hindu rituals.
The Prime Minister is known as a devoted yoga fan. In social networks he often talks about his practices, shares his spiritual experiences.
There is also a creative streak in politics – he loves poetry and creates poems in his native language (Gujarati). 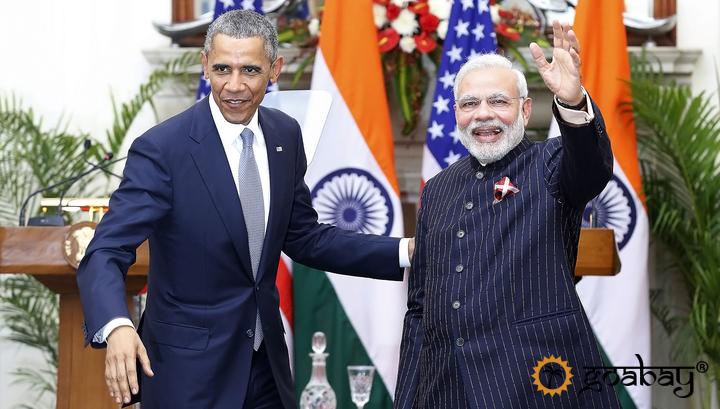 His story of marriage at a very young age periodically acquires new details. Some even believe that Modi observes the vow of celibacy.
Narendra Modi is the owner of the most expensive modern costume! Pants and a jacket with gold embroidery were ordered specifically for a visit to the USA and a meeting with Barak Obama in 2015. Then this costume cost about fifteen thousand dollars, but later, when it became a lot at the auction, its cost reached 643,000 dollars.

It is impossible to deny the incredible economic, technical and scientific potential of India. And much in its development depends on people making decisions at the highest level. What results will bring the second term of the Prime Minister Narendra Modi time will tell.
The GoaBay team together with you believes only in the best!

All paid orders will be shipped to Buyers on the next business day. According to information updated on 01/09/2020 by the Government of India, the curfew has been extended until September 30, 2020 inclusive, while the program of the phased cancellation of the restrictions imposed within the specified period continues - PHASE 1 and PHASE 2 of lifting restrictions. On August 3, PHASE 3 of lifting restrictions was announced. We are awaiting notification of the resumption of international flights.